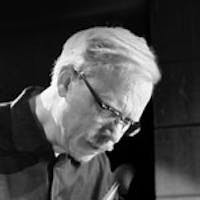 Grammy award winning vibraphonist Gary Burton is one of the world’s greatest living improvisers. Among his more than 60 recordings, nineteen have been nominated for Grammy awards, resulting in six Grammy wins over the past four decades. Gary is widely considered to be the number one player of the vibraphone and is known for introducing a number of techniques for the instrument. He has worked with the some of the most accomplished players in jazz, including Carla Bley, Keith Jarrett, Chick Corea, Steve Lacy, Pat Metheny, Stan Getz, Herbie Hancock, Wolfgang Muthspiel, Stephane Grappelli, and tango lege, Ástor Piazzolla. While Gary has maintained his performance and recording career, he has also distinguished himself as a music educator and college administrator. Gary began as a teacher of percussion and improvisation at Berklee College of Music in 1971. He then served a decade each as dean and executive vice president of the college, as well as giving numerous workshops and clinics on jazz improvisation in the United States, Europe, Asia, Australia, and South America. Gary authored the course "Jazz Improvisation" for Berklee Online, the online continuing education division of Berklee College of Music.