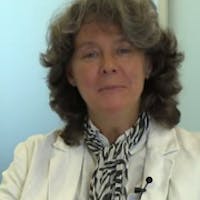 Madeleine Hosli is a Professor of International Relations at Leiden University. She has taught at institutions such as the University of Michigan, Ann Arbor, the Graduate Institute of International Studies in Geneva, the European Institute of Public Administration in Maastricht, University College Utrecht and the Free University Amsterdam. She coordinated the multilateral research group ‘Decision-making in the European Union Before and After Lisbon’ (DEUBAL), supported by the European Union’s Lifelong Learning Program (Jean Monnet Key Activity 1) and in 2013, was awarded a Jean Monnet Chair Ad Personam.

She has published on topics such as United Nations Security Council reform, the European Union in the United Nations General Assembly, European institutions, European economic and monetary union, conflict resolution and peace agreements, and trade relations. In 2010, she was the Netherlands Visiting Professor (NVP) at the University of Michigan, Ann Arbor (sponsored by the University of Michigan and the Royal Netherlands Academy of Arts and Sciences, KNAW). From September 2014 to January 2015, she was a Fellow and Theme Group Coordinator at the Netherlands Institute of Advanced Study in the Humanities and Social Sciences, NIAS, in Wassenaar.