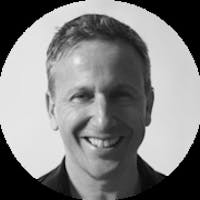 Organizing operas in limousines and train stations, writing operas in the spirit of Bugs Bunny, singing whispering premieres, teaching young songwriters that it's really Bartok who brings the baby back, Marc Lowenstein has a rich, vibrant and eclectic career. Marc is the founding Music Director of the Industry, Los Angeles’ groundbreaking and widely acclaimed experimental opera company. With the Los Angeles Philharmonic he recently conducted the premiere of his and Yuval Sharon’s new performing edition of Lou Harrison’s fantastically colorful Young Caesar. Also with the Industry, he has conducted Anne LeBaron’s enormously fun Crescent City, Christopher Cerrone’s deeply moving Invisible Cities, three iterations of the new opera workshops First Take and the recent workshop production of Andy Akiho’s Galileo. He has been the Industry’s Music Director for In C by Terry Riley and Hopscotch, the mobile opera for 24 limousines which the New Yorker described as, "Awe-inspiring. One of the more complicated operatic enterprises to have been attempted since Richard Wagner staged The Ring of the Nibelung in 1876. Hopscotch triumphantly escapes the genteel, fenced-off zone where opera is supposed to reside.” Marc composes music infused with a searching sense of narrative and mysticism. Focusing on larger scale works, he was one of the principal composers of Hopscotch, writing scenes for limousine interiors, an outdoor park, and an abandoned theater. He has written long form pieces based on concepts of Jewish and Buddhist meditations including this for Jodie Landau and wildUp, T’shuvah for improvising Bassoon and string quartet, and a ’Cello concerto, T’filat ha-Derech. He has written an opera based on the movie The Fisher King, and is at work on a family opera called Little Bear. Marc has been Music Director for several opera premieres including John King’s Cage-ian Dice Thrown, and the American premieres of George Aperghis’ breathtaking L’Origine des Espèces, Veronika Krausas’ dramatic The Immortal Thoughts of Lady MacBeth, Stephen Oliver’s cross-cultural Peach Blossom Fan, and Murray Schaeffer’s Loving. He conducted on New York City Opera’s Vox opera workshop program for four years. Marc also conducts the Gurrisonic jazz orchestra and has a deep interest in cross-genre and cross-cultural musical styles, avoiding the word “musics” at all costs in favor of the more apt word “music.” Marc has sung about twenty five opera roles including Madeline X in the premiere of Foreman/Gordon’s What to Wear (which is not only findable on youtube, but, in a postmodern sense, oddly reminiscent of Marc’s first stage role at age 13 which also was in drag). Marc has been active as a performer of contemporary vocal music singing on the Ojai festival and on the Monday Evening Concert series. He has been called “a terrific singer” (LA Times), an “assured conductor” (New York Times) and “raptly lyrical” (New Yorker). He has recorded on Naxos, Industry Records, Innova, Poobah, Bedroom Community, Q Division, Nine Winds Music and Three Kids music. Marc is an educator at heart and loves reading and writing about the multitude of reasons and ways we love music. He holds the Roy E. Disney Family Chair in Music Composition in the Herb Alpert School of Music at CalArts.