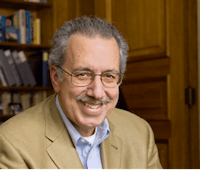 Distinguished University Professor, and a Professor in the Departments of Organizational Behavior, Psychology, and Cognitive Science

Richard E. Boyatzis is Distinguished University Professor, and a Professor in the Departments of Organizational Behavior, Psychology, and Cognitive Science at Case Western Reserve University and Human Resources at ESADE. Using his Intentional Change Theory (ICT) and complexity theory, he continues to research sustained, desired change at all levels of human endeavor from individuals, teams, organizations, communities, countries and global change. He is the author of more than 150 articles on leadership, competencies, emotional intelligence, competency development, coaching, and management education. His articles on coaching, since 2000, have included longitudinal studies and now fMRI studies of coaching effectiveness. He was ranked #9 Most Influential International Thinkers by an 11,000 HR Director Survey in HR Magazine. His books include: The Competent Manager; the international best-seller, Primal Leadership with Daniel Goleman and Annie McKee (in 28 languages); Resonant Leadership, with Annie McKee (in 18 languages); and Becoming a Resonant Leader, with Annie McKee and Fran Johnston (in 7 languages). Professor Boyatzis has a BS in Aeronautics and Astronautics from MIT and a MS and Ph.D. in Social Psychology from Harvard University.

Be a Leader, Develop a Leader