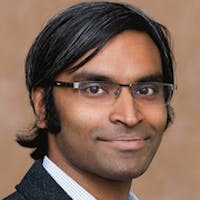 Prof. Soumya Sen is a faculty of Information & Decision Sciences at the Carlson School of Management of the University of Minnesota. He received the B.E. (Hons.) in Electronics and Instrumentation Engineering from BITS-Pilani, India, in 2005, and both the M.S. and Ph.D. in Electrical and Systems Engineering from the University of Pennsylvania in 2008 and 2011, respectively, during which he collaborated with faculties from both engineering and the Wharton Business School. He carried out his postdoctoral research at the Princeton University before joining the University of Minnesota. Soumya’s research takes a multi-disciplinary approach involving computer networks, economics, and human-computer interaction. His research interests are in Internet economics, communication systems, and social networks. Soumya has published in and served as a reviewer for several highly cited AIS, IEEE, and ACM conferences and journals. His research articles on social media and networks have received media coverage in MIT Technology Review, The Wall Street Journal, ACM Tech News, Yahoo News, Politico, as well as several European news media. Soumya received the BITSAA 30 under 30 Award in 2012, Princeton Keller Center Innovation Award in 2013, a Grant-in-Aid Award from the University of Minnesota in 2014, and Timothy Nantell Teaching Grant Award in 2016. Soumya’s works on Internet pricing and resource allocation have been finalist at the 2011 Vodafone Wireless Innovation project and he has won the Best Paper Award at IEEE INFOCOM 2012, the INFORMS ISS Design Science Award 2014 for his work in the area of "Smart Data Pricing", and the IEEE INFOCOM Best Workshop Paper Award in 2017. Soumya is the founder of the Smart Data Pricing (SDP) Forum, which promotes industry-academic interaction on Internet pricing research. He has been the Chair of international SDP workshops from 2012 – 2016 and its Steering Committee member since 2016. He is also a co-founder of a startup, DataMi, which provides Internet pricing solutions for AT&T and other telecom providers around the world. Soumya is the editor of a book titled "Smart Data Pricing", published by J. Wiley & Sons.

IT Infrastructure and Emerging Trends