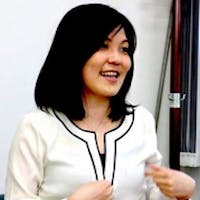 Yun-Ru Chen (陳韻如) is an associate professor at National Taiwan University, where she teaches legal history, family law and American legal thoughts. Before joining NTU, she received a Doctor of Juridical Science (SJD) from Harvard Law School and then joined Waseda University as an assistant professor/researcher. Based on archival material in different legal regimes in Taiwan, including the Qing-Chinese law, the Japanese colonial law and the ROC law, her works examines a cluster of ideas- family, economic lives, and nationalism- and how people strategized their daily lives under the “shadow” of law. Her recent publications include: Bad (Wo-)man Theory of Traditional Chinese Law: From the Vantage Points of Adultery and Abduction Cases in Tan-Hsin Archives (Academia Sinica Law Journal, 2019)[in Chinese] and Family Law and Politics in the Oriental Empire: Colonial Governance and its Discourses in Japan-Ruled Taiwan (1895-1945)（NTU Law Review, 2019）. She is working on a book manuscript tentatively titled, Paradoxes of the National Family Law in (Post-) Colonial East Asia: Taiwan as the Nexus.