Religious Transformation in Early China: the Period of Division

Religious Transformation in Early China: the Period of Division

The Chinese University of Hong Kong

This sequence of four courses will propose a multi-disciplinary approach to the study of Chinese cultural history conceived of as a succession of modes of rationality (philosophical, bureaucratic, and economic). The focus will be on the moments of paradigm shift from one mode of rationality to another. For each of these moments, cultural facts and artifacts—thought, literature, ritual—will be examined in relationship to changing social, political, and economic systems.

The first two courses will cover the periods of the Warring States (481-256 BCE) and the Period of Division (220-589 CE), with a brief excursion into the Han (206 BCE-220 CE). The Warring States laid the social and cultural foundations for the emergence of the imperial mode of rationality; the Period of Division saw the Buddhist “conquest” of China and the emergence of a rationality defined by the opposition of the Three Teachings to shamanism, that is, of a clear contrast between elite and popular culture. The third and fourth courses will focus on the emergence of modern China in the Song-Yuan (960-1368) and of today’s China 1850 to the present. We will see how the modern attack on religion, redefined as "superstition", led not only to religious reform movements but also to a society in which science and the nation became the primary value systems promoted by the state. The courses are listed below: A Critical Cultural History of China - Early China I: Intellectual Change in the Warring States and Han (481 BCE-220 CE) A Critical Cultural History of China - Early China II: Religious Transformation in the Period of Division (220-589 CE) A Critical Cultural History of China - Modern China I: Religion and Thought in the Song, Jin, and Yuan (960-1368) (To be launched in late 2018) A Critical Cultural History of China - Modern China II: Structuring Values (1850-2015) (To be launched in late 2018) 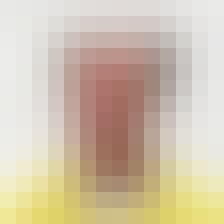 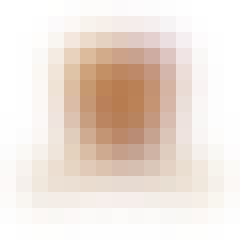 The Chinese University of Hong Kong

Founded in 1963, The Chinese University of Hong Kong (CUHK) is a forward looking comprehensive research university with a global vision and a mission to combine tradition with modernity, and to bring together China and the West. CUHK teachers and students hail from all corners of the world. CUHK graduates are connected worldwide through an expansive alumni network.

This module presents the relationship between the elite attack on shamanism and their promotion of a cosmology that transformed medicine and laid the foundations for both self-cultivation and a bureaucratic empire.

This module introduces the three kinds of new religious community that appear from the second century on: those organized around transcendents, by the Heavenly Masters, and by the Buddhists.

This module explains how Buddhist and Daoist rituals revolutionized Chinese society and individuals. It reveals the importance of orality in Buddhism, written documents in Daoism.

This module explores how Buddhist and Daoist scriptures confirm the oral/aural bias of Buddhism, the written/visual bias of Daoism. We are going to learn the centrality of logic in Buddhism, of cosmology in Daoism.

This module indicates the attractiveness of key Buddhist scriptures and how Chinese poetry was transformed by Buddhism. It also shows how the “public sermons” of Buddhism contrasted with the “private records of the imagination” of Daoism.

This module is about how Daoist sacred geography is above all an exploration of the inner self and how mountains played a role both in imperial preference for Daoism and in the Buddhist “conquest” of China.

This module illustrates why popular religion continued to thrive in spite of elite attacks on it, and how Buddhism and Daoism dealt with widespread fear of the spirits of the dead.

Excellent! After this course, I yield an proper understanding of the role of religions in the Period Of Division and of the mutual impact of them.

Thank you so much, Prof Lagerwey and Coursera. The four courses on China were most amazing and academic.