Create Your First NoSQL Database with MongoDB and Compass

Use MongoDB Compass to analyze a database

Understand and harness the power of indexes

In this Guided Project you will create a MongoDB database and collection to store blog posts, and optimize it using indexes, while having an overview of some of the basic commands, in order to learn the basics of NoSQL document databases structure, the MongoDB shell and the usage of the powerful MongoDB Compass GUI to manage, inspect and optimize a MongoDB database. NoSQL is an alternative to traditional relational databases. NoSQL databases sacrifice some relational databases characteristics, such as a well-defined structure and strict relations between entities, in order to achieve better and easier scaling and replication, to handle large quantities of data, while being more generally flexible, cheaper and easier to manage. Instead of using tables, rows and columns, NoSQL document databases such as MongoDB use collections, documents and fields, represented with the well known JSON format. Note: This course works best for learners who are based in the North America region. We’re currently working on providing the same experience in other regions. 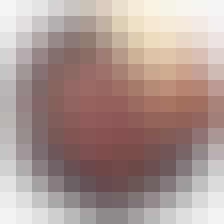