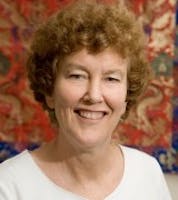 Mary Evelyn Tucker is a Senior Lecturer and Research Scholar at Yale University where she has appointments in the School of Forestry and Environmental Studies as well as the Divinity School and the Department of Religious Studies. She teaches in the joint MA program in religion and ecology and directs the Forum on Religion and Ecology at Yale with her husband, John Grim. Her special area of study is Asian religions. She received her Ph.D. from Columbia University in Japanese Confucianism. Since 1997 she has been a Research Associate at the Reischauer Institute of Japanese Studies at Harvard. Her Confucian publications include: Moral and Spiritual Cultivation in Japanese Neo-Confucianism (SUNY, 1989) and The Philosophy of Qi (Columbia University Press, 2007). With Tu Weiming she edited two volumes on Confucian Spirituality (Crossroad, 2003, 2004). Her concern for the growing environmental crisis, especially in Asia, led her to organize with John Grim a series of ten conferences on World Religions and Ecology at the Center for the Study of World Religions at Harvard (1995-1998). Together they are series editors for the ten volumes from the conferences distributed by Harvard University Press. In this series she co-edited Buddhism and Ecology (Harvard, 1997), Confucianism and Ecology (Harvard, 1998), and Hinduism and Ecology (Harvard, 2000). After the conference series she and Grim founded the Forum on Religion and Ecology at a culminating conference at the United Nations in 1998. They now direct the Forum at Yale where they also teach religion and ecology. To help shape this new interdisciplinary field they edited Worldviews and Ecology (Orbis, 1994) and a Daedalus volume titled Religion and Ecology: Can the Climate Change? (2001). Tucker also wrote: Worldly Wonder: Religions Enter Their Ecological Phase (Open Court Press, 2003). Together they completed a new overview of the field titled, Ecology and Religion, which was published by Island Press in 2014. Tucker and Grim studied world religions with Thomas Berry in graduate school and worked closely with him for 30 years. They are the managing trustees of the Thomas Berry Foundation. Tucker edited several of Berry's books: The Great Work (Random House, 1999), Evening Thoughts (Sierra Club Books and University of California Press, 2006), The Sacred Universe (Columbia University Press, 2009), and with Grim, The Christian Future and the Fate of Earth (Orbis, 2009), and Thomas Berry: Essential Writings on the Earth Community (Orbis, 2014). She has also co-authored (with John Grim and Andrew Angyal) the first ever comprehensive look at the life and thought of this important individual: Thomas Berry: A Biography (Columbia University Press, 2019). To bring Berry's work forward she has also worked closely with evolutionary philosopher, Brian Swimme, for some 25 years. Together they have created a multi-media project called Journey of the Universe which includes an Emmy award winning film, which was broadcast on PBS and is now on Netflix. The companion book which Swimme and Tucker authored is published by Yale University Press (2011). There is also a DVD series of 20 interviews that Tucker did with leading scientists, educative, and environmentalists, titled Journey Conversations. (For the website see: www.journeyoftheuniverse.org) She is also a co-editor of another volume bringing science and religion together, When Worlds Converge (Open Court, 2002). Tucker has been involved with the Earth Charter since its inception. She served on the International Earth Charter Drafting Committee from 1997-2000 and was a member of the Earth Charter International Council. She also serves on the Advisory Boards of Orion Magazine, the Garrison Institute, and Climate Central.

宇宙之旅：对话 (Journey of the Universe: Weaving Knowledge and Action)

Thomas Berry的世界观：地球社区的繁荣 (The Worldview of Thomas Berry: The Flourishing of the Earth Community)

宇宙之旅：展现生命 (Journey of the Universe: The Unfolding of Life)

Journey of the Universe: The Unfolding of Life

The Worldview of Thomas Berry: The Flourishing of the Earth Community