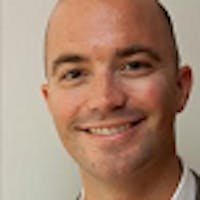 After completing his Master's degrees in Classical History and Communication Science at the UvA (2002 and 2003, respectively), Dr Rutger de Graaf first worked as a market researcher, applying scientific methods of media analysis in a commercial environment. In 2005 he began doctoral research on the rise of the newspaper in the nineteenth century and subsequent decline of the pamphlet (Utrecht University, 2005-2009). His doctoral thesis (in Dutch) was published in 2010 by Prometheus/Bert Bakker under the title Journalistiek in beweging (‘Journalism in motion’).

‘I have a deep and abiding interest in communication: its theory, science, history and practical applications. To comprehend the different facets of communication, it is necessary to understand and use a variety of quantitative and qualitative research methods, such as in-depth interviewing, audience surveys, rhetorical analysis and (automated) frame analysis.’