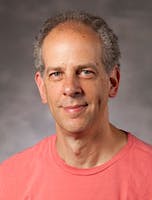 Guillermo Sapiro received his B.Sc. (summa cum laude), M.Sc., and Ph.D. from the Department of Electrical Engineering at the Technion, Israel Institute of Technology. After post-doctoral research at MIT, he became Member of Technical Staff at the research facilities of HP Labs in Palo Alto, California, where he co-developed the image compression techniques used in the original Mars Rovers expedition. He was with the Department of Electrical and Computer Engineering at the University of Minnesota, where he held the position of Distinguished McKnight University Professor and Vincentine Hermes-Luh Chair in Electrical and Computer Engineering. Currently he is with Duke University. His awards include the Office of Naval Research Young Investigator Award in 1998, the Presidential Early Career Awards for Scientist and Engineers (PECASE) in 1998 (awarded in the White House by President Clinton), the National Science Foundation Career Award in 1999, the National Security Science and Engineering Faculty Fellowship in 2010, and the Test of Time Award in 2011 for his paper on image segmentation. His algorithms appear in Adobe’s products, leading medical imaging packages such as ITK, and are also roaming on Mars. He has been teaching image processing for over 15 years and delivered numerous invited plenary talks and short courses at leading imaging and applied mathematics conferences. G. Sapiro is the founding Editor-in-Chief of the SIAM Journal on Imaging Sciences, currently ranked as the second highest impact journal in the whole discipline of applied mathematics.

Image and Video Processing: From Mars to Hollywood with a Stop at the Hospital