In this course you will learn to use logical statements and arrays in C. Logical statements are used for decision-making with follow-up instructions, based on conditions you define. Arrays are used to store, keep track of, and organize larger amounts of data. You will furthermore implement some fundamental algorithms to search and sort data.

Why learn C? Not only is it one of the most stable and popular programming languages in the world, it's also used to power almost all electronic devices. The C programming language represents one of the building blocks of modern computer information technology. Why learn C and not another programming language? Did you know that smartphones, your car’s navigation system, robots, drones, trains, and almost all electronic devices have some C-code running under the hood? C is used in any circumstance where speed and flexibility are important, such as in embedded systems or high-performance computing. By the end of this course, you will have gained experience with programming concepts that are foundational to any programming language and be one step closer to a career in computer engineering. Your job Outlook: - Programmers, developers, engineers, managers, and related industries within scientific computing and data science; - Embedded systems such as transportation, utility networks, and aerospace; - Robotics industry and manufacturing; - IoT (Internet of Things) used in smart homes, automation, and wearables. - IEEE, the world’s largest technical professional organization for the advancement of technology, ranks C as third of the top programming languages of 2021 in demand by employers. (Source: IEEE Spectrum) This course has received financial support from the Patrick & Lina Drahi Foundation.

We recommend to have completed the following course of the Specialization: C Programming: Getting Started OR equivalent skills.

We recommend to have completed the following course of the Specialization: C Programming: Getting Started OR equivalent skills. 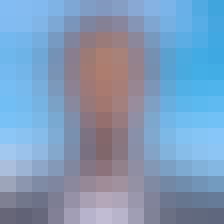 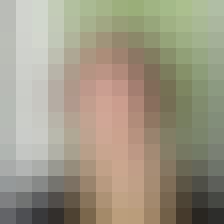 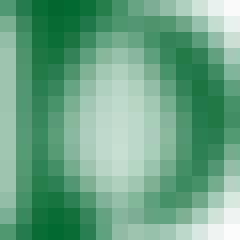 Founded in 1769, Dartmouth is a member of the Ivy League and consistently ranks among the world’s greatest academic institutions. Dartmouth has forged a singular identity for combining its deep commitment to outstanding undergraduate liberal arts and graduate education with distinguished research and scholarship in the Arts and Sciences and its four leading graduate schools—the Geisel School of Medicine, the Guarini School of Graduate and Advanced Studies, Thayer School of Engineering, and the Tuck School of Business.

Institut Mines-Télécom is a public institution dedicated to higher education, research and innovation in engineering and digital technologies.

Always attentive to the economic world, IMT combines strong academic legitimacy, close corporate relations. It focuses on key transformations in Digital Technologies, Production, Energy and Ecology and trains the engineers, managers and PhDs who will be tomorrow’s players in these key changes of the 21st century. Its activities are conducted in Mines and Télécom graduate schools under the aegis of the Minister for Industry and Electronic Communication, one subsidiary school and three strategic partners. The IMT’s schools rank among the leading graduate schools in France.

Let's start coding! Let's get ready to code and learn how to use the cutting edge tools that we have developed to facilitate your learning.

2 Stunden zum Abschließen
4 Videos (Gesamt 12 min), 11 Lektüren, 2 Quiz
4 Videos
Let's get started1m
Get to work with Codecast4m
Learn how to use Taskgrader3m
How to navigate with the third-party tools?2m
11 Lektüren
Course syllabus2m
Two universities teamed up to offer a new Specialization in C Programming with Linux2m
The course team2m
Collaborative MOOC2m
Earn a Specialization from Dartmouth and IMT2m
Get the most out of this course10m
All you need to know about the course1m
Pre-course survey10m
Learn how to use Codecast and Taskgrader5m
Codecast Sandbox10m
Learn how to post code on the Coursera forum10m
1 praktische Übung
Are you ready to start?10m
3 Stunden zum Abschließen

Week 2: Arrays, for and while loops

This week you will create, and utilize arrays of integers and floating point numbers. You will also be able to explain the syntax of a FOR and WHILE loop and create programs using them as nest branch statements.

This week, you will create arrays of characters (strings), use the null terminator, and manipulate strings to find their lengths. You will also be able to sort through arrays: alphabetizing strings, ordering numbers, finding specific numbers, etc.

Very clear course and great interactive format. You practice at every lesson and validate the course by actually coding. Thanks so much!

everything in this course is very good, but i hope they add a discussion post at the end of every activity session, just like on Edx platform

In this C Programming with Linux Specialization program of seven short courses, you will learn how to write, read and debug computer programs in the C programming language while also becoming familiar with the Linux operating system.

Why learn C and not another programming language? Did you know that smartphones, your car’s navigation system, robots, drones, trains, and almost all electronic devices have some C-code running under the hood? C is used in any circumstance where speed and flexibility are important, such as in embedded systems or high-performance computing. C is a foundational programming language taught at engineering schools around the world, and represents one of the building blocks of modern computer information technology. Invented in the 1970’s. It is still one of the most stable and popular programming languages in the world. Along with the C programming language comes Linux, an essential operating system used by most computer scientists and developers. Linux powers almost all supercomputers and most of the servers worldwide as well as all android devices and most internet of things devices. This Specialization will introduce the Linux command line and Linux tools for C programmers; both of which are must-have skills in today’s tech industries. Our dedicated international course team is excited to introduce you to the world of coding and guide you along your path to becoming a skilled C programmer and help you pursue a career in computer engineering.