Build a Docker Image, Tag and push to AWS ECR

Deploy a Container Image in AWS ECS and AWS Fargate

Deploy a Cluster of Containers with Load Balancer in AWS ECS

In this one hour project, you will learn how to build a docker image containing a website, push in AWS Elastic Container Registry repository and deploy and run in AWS Elastic Container Service and AWS Fargate. Containerization is an approach to software development in which an application or service, its dependencies, and its configuration are packaged together as a container image. The containerized application can be tested as a unit and deployed as a container image instance to the host operating system (OS). Containers also isolate applications from each other on a shared OS. Containerized applications run on top of a container host that in turn runs on the OS (Linux or Windows). Containers, therefore, have a significantly smaller footprint than virtual machine images. In this scenario, AWS offers some services that allow us to deploy and use containerized applications in the Cloud. Once you're done with this project, you will be able to deploy a single container in AWS as well as a group of containers managed by a Load Balancer in just a few steps. 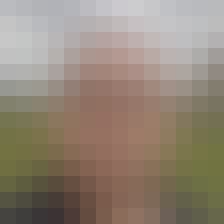