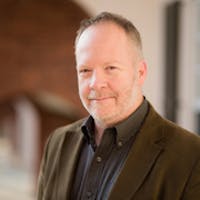 A native of Canada, Bruce Gordon taught from 1994 to 2008 at the University of St Andrews, Scotland, where he was professor of modern history and deputy director of the St Andrews Reformation Studies Institute. His research focuses on European religious cultures of the late-medieval and early modern periods, with a particular interest in the Reformation in German-speaking lands. He is the author of Calvin (Yale University Press, 2009), a biography that seeks to put the life of the influential reformer in the context of the sixteenth-century world. It is a study of Calvin’s character, his extensive network of personal contacts and of the complexities of church reform and theological exchange in the Reformation. The Swiss Reformation (Manchester University Press, 2002) (an “Outstanding Publication” for 2003 by Choice Magazine) studies the emergence of the Reformation n the multi-lingual world of the Swiss Confederation and its influence across Europe in the sixteenth century. His book Clerical Reformation and the Rural Reformation (1992) examined the creation of the first Protestant ministry, which took place in the Swiss city of Zurich and its numerous country parishes. In addition, he has edited books on the development of Protestant historical writing, the relationships between the dead and the living in late-medieval and early modern society, the Swiss reformer Heinrich Bullinger, and, most recently, on biblical culture in the sixteenth century. He was the principal investigator of a major grant from the Arts and Humanities Research Council of the United Kingdom on Protestant Latin Bibles of the Sixteenth Century. The project explores the new translations of the Old and New Testaments by Protestant scholars into Latin during the Reformation and the questions posed by these extraordinary works for our understanding of translation, authority, material culture, confessional identity and theological formulation. The monograph is currently being completed. He has started work for Princeton University Press on a study of the reception of Calvin’s Institutes from the Reformation to the modern world. His teaching includes a lecture course on Western Christianity from the early church to the scientific revolution, and seminars on the culture of death, sources and methods of religious history, the Reformation, Calvinism, and the Reformed tradition from Zwingli to postmodernism. He teaches in the Department of History and in Renaissance Studies and works with graduate students on a wide range of topics in early modern religious history. He is on the board of various publishing series: St Andrews Studies in Reformation History (Ashgate), Zürcher Beiträge zur Reformationsgeschichte (Theologischer Verlag Zürcher), and Refo500 Academic Studies (Vandenhoeck &Ruprecht). He is a fellow of the Royal Historical Society and in 2012 received an honorary doctorate from the University of Zurich, Switzerland. (Presbyterian)

A Journey through Western Christianity: from Persecuted Faith to Global Religion (200 - 1650)